I recently came back from Japan, and it’s so different to Australia in nearly every aspect. The culture, atmosphere, food, and people are all amazing, and if you’ve ever been interested in going, I encourage you to take the chance. I wanted to share my top 10 things to do in Japan. Some of these I have done, but this is also kind of like my bucket list. So, let’s get started!

Quintessentially Japanese, festivals are held on a regular basis across Japan. An important aspect of Japanese culture, they are truly an experience in themselves.  With floating shrines, food stalls, and an energetic atmosphere, they are not to be missed. The Snow festival on the north island of Hokkaido is very popular with a giant snow sculpture competition.

If you know a themed café, you can bet your ass there’s one of them in Japan. From cats, to maids, to robots and even anime characters, Japan has it all. They can be a bit pricey for what they are worth, but its more about the experience than the food or drinks. They have gone above and beyond and there is even a cat café on a train that hosts kittens from nearby animal shelters in Ogaki located in the Gifu prefecture.

The memorial park is a beautiful area to walk around in, and a reminder of World War One and the dropping of the first atomic bomb. It includes the Bomb Dome, the only structure left after the bomb exploded. Preserved as a ruin, it’s a UNESCO world heritage site. Further on, there are memorial monuments to those who died. Finally, ending at the memorial museum, where you can learn about the event and look upon items affected by the blast including watches, glass bottles and clothing. This is an experience that is enlightening and respectfully pays tribute to the event.

Crazy, but I’ve never been to the snow, so this has to go on my list. Not to mention that Japan is very popular for ski season. The north island of Hokkaido has popular ski resorts; and so does the mountainous area of Hakuba, which is not far from Tokyo if you’re thinking of a side trip.

Known as a Shinkansen, it’s the best way to travel in Japan. And with speeds up to 320 km/h, it’s also the quickest way to see Japan. Japanese travel is extremely efficient and incredibly smooth. An experience in itself, this is a must while in Japan. If you plan on travelling a lot, be sure to check if a rail pass is worth the investment on your next trip!

Just 10 minutes off the coast of Hiroshima is the beautiful island of Miyajima, home to the floating shrine Itsukushima. There are also wild deer on the island so keep a look out for those cuties! There is also a ropeway to the top of the mountain where you can enjoy the amazing views. 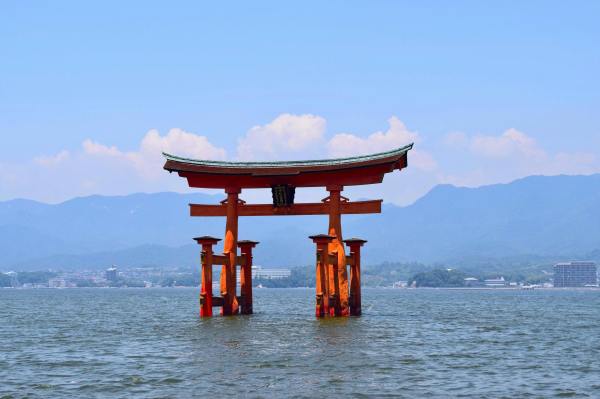 Kyoto, the former capital of Japan is a beautiful city full of otherworldly temples. With over 1600 temples, you are never short of temples to visit. One of the most famous is Kiyomizudera, a Buddhist temple and also a UNESCO world heritage site. Completely made out of wood, the views over eastern Kyoto are amazing. If you’re wanting a bit of bling, visit Kinkakuji, a Zen Buddhist temple covered in gold leaf. While you can’t go inside, it can be viewed across a small pond, and surrounded by beautiful gardens.

How could I not put this on the list! One of the most popular seasons, and also the most beautiful is cherry blossom, or sakura season. While it varies year to year, the season occurs in late March- early April in Tokyo and Kyoto. Japanese people enjoy appreciating the blossoms at popular parks like Ueno Park, or on a boat on Chidorigafuchi moat in central Tokyo. Not to mention all the different sakura themed food and drinks available during the season. Yum!

Synonymous with Japan, Mount Fuji is the highest peak in Japan. On a clear day, you can see Mount Fuji from Tokyo Skytree. You can climb Mount Fuji in the summer, and is a popular activity among tourists and locals. Only an hour away from Tokyo, you can grab a bus there and enjoy the surrounding lakes and lush greenery. 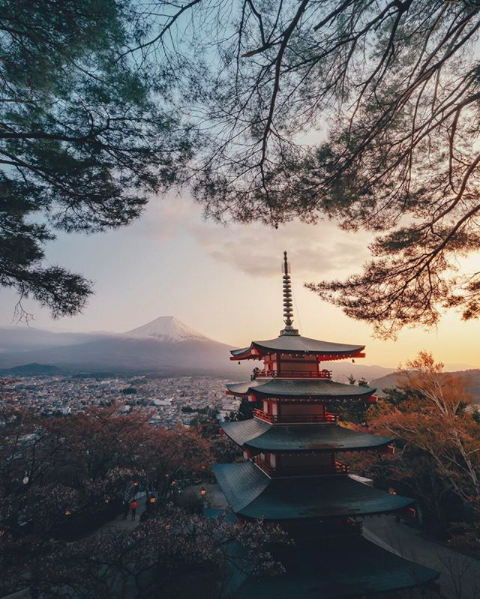 What would you do in Japan? Leave a comment below!

One thought on “Top 10 Things To Do In Japan”